The potential of being a leader exists in all of us.

People do not have to be born with specific traits of a leader. Rather, leadership emerges in those who constantly test themselves through real-world experiences and who strive to understand who they are at their core.

Learning to lead is a process of learning by doing. Leadership, then, is a craft that can be cultivated through activities designed to provide opportunities for youth to work in teams to solve real-life problems.

Consider the example of Maryam Maishanu. During her teenage years when she helped out with her mother’s home-based business, Maryam knew that she wanted to nurture and build a business of her own. She observed how customers responded differently as they showed their preferences for products that were offered to them. Those experiences made her yearn for a deeper understanding of how their choices were made.

Though she did not realize it at the time, Maryam had already begun charting a course toward becoming a leader. She studied sciences during her secondary education and later went on to study computer science at the university. After graduation, she started to work in a computer center. Although she enjoyed the work, as a female Maryam felt isolated in a male-dominated profession.

But she was resolute and patiently awaited her opportunity, which came when the computer center entered into a partnership with Cisco (a major technology company) to establish a networking academy. Nominated as an instructor and also as the gender initiative facilitator to encourage female enrollment in the Cisco Academy, Maryam learned that these roles helped her to better understand the many challenges and false notions that hinder women from technology-related careers. While performing the duties related to her role as instructor, she came to realize her deep passion for teaching.

The Cisco Academy is a completely deployed e-learning platform where instructors focus on intensive hands-on practical and lecture sessions. Maryam’s experience with the teaching methodologies at the Academy encouraged her to start thinking and visualizing learning in new ways. She came to more clearly see that the focus of the program was on delivering value and using various strategies to accomplish this.

It was during this time about five years ago that a special opportunity arose. She took part in a business plan competition where she wrote and submitted a plan that won a grant. Her original idea was to combine three passions into one — teaching, operating a business, and promoting female participation in technology. Maryam formed and launched the company named LearnOn ICT (information communications technology) to execute her business plan.

Today, Maryam is fortunate enough to be highly regarded in her community as a female that has established and maintained a technology based entrepreneurship that is still uncommon at this time. With proper mentorship, she thinks this will ultimately help make the chances of success high.

ShuraForAll encourages the development of just leaders who are compassionate toward others. These leaders regularly consult with a broad range of people who actively participate in making decisions on selecting the best course of action to take on matters of importance to them.

Want to share the story of such a person? Please email it to ShuraForAll for consideration of adding it to the Emerging Leaders Series. If selected, the story will be published on this site. 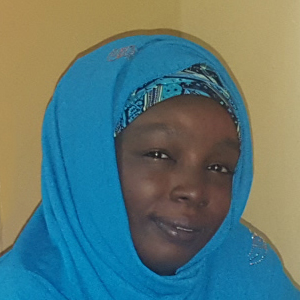 No Problem! Get a new one.

Make mutual consultation work for you.

Get a subscription to start unlimited shuras for a year.

Enter a coupon code to get discount, if you have any.

By clicking the "Pay" button, you agree to the Terms of use.